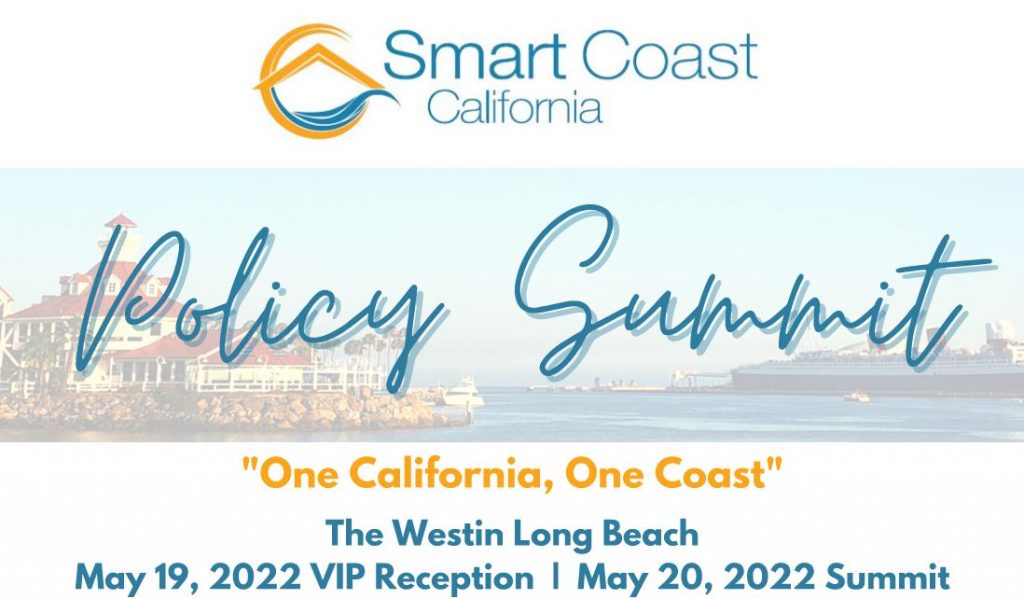 1. Be designed to meet a specific planning-related training objective. The educational purpose or objective must be clearly identified.

Coastal Planning is a rapidly evolving segment of professional planning. The educational purpose of this single live event is to provide planners and other interested parties with a clear understanding of the issues at play as our coastal cities, towns and counties plan for rising Pacific shoreline and lagoon water levels. Specific focus will be placed on the Local Coastal Plan Amendment Process with elected officials from four jurisdictions sharing their experiences about what went well and what went wrong as the navigated the process with the Coastal Commission. The goal of this Summit is to offer much needed knowledge for planners to stay current with the topic of sea level rise including learning to discern the differences between data sources, to gain a clear understanding of tiered response and the importance of monitoring and continually evaluating the effectiveness in these early stages of implementing adaptation measures. The Policy Summit will be broadly attended by staff and elected officials from coastal cities and counties, a number of active and past Coastal Commissioners and senior Coastal Commission staff, coastal engineers, attorneys, economists and land use planners which will lead to thought provoking discussion during the Q&A segment of each topic.

2. Be designed to teach subject matter in appropriate depth and scope for the following minimum level — a planner in current practice with at least four years of professional experience after earning a 2-year master’s degree in planning; and

The subject matter will be presented by highly educated speakers and panelists who are leaders in the field of Sea Level Rise planning, several of whom are PhD’s and others with JD, MA and AICP credentials.

3. Address the demonstrated educational needs of AICP members as outlined in the AICP Core Competencies.

SPEAKERS
Supervisor Das Williams
Supervisor Das Williams was elected to represent the First District of Santa Barbara County in June 2016. Williams previously represented half of Santa Barbara County and a quarter of Ventura County in the California State Assembly from 2010-2016. Prior to that, Williams served 7 years on the Santa Barbara City …
Read More
David Skelly RCE
Mr. Skelly is Vice President and Principal Engineer for GeoSoils, Inc. (GSI). He has worked with GSI for the last decade on numerous land development projects throughout California. Mr. Skelly has over 30 years experience in coastal engineering. Prior to joining the GSI team, he worked as a research engineer …
Read More
Dr. Philip King
Dr. Philip King is retiring this month after 35 years serving as a Professor of Economics at San Francisco State University. He was also Department chair and served on the San Francisco State Foundation as chair of their Investment and Finance committee for ten years. He has worked on the …
Read More
Oscar Wei
Oscar Wei is the deputy chief economist at the California Association of REALTORS® (C.A.R.), a statewide trade organization of real estate professionals with more than 200,000 members. He comanages the Research and Economic Department and oversees the operation of data analytics and survey research within the division. As an economist …
Read More
Nancy P. Watkins
Nancy P. Watkins is a principal and consulting actuary in Milliman’s San Francisco office who leads a consulting practice that specializes in climate resilience, insurtech and catastrophic property risk. At the forefront of innovation in flood risk, her team provides state-of-the-art tools, technology, and analysis to insurers, reinsurers, and stakeholders …
Read More
David Zepponi
David Zepponi is the Chief Executive Officer of the Executive Council of Homeowners or Echo. Established in 1973, Echo is the oldest nonprofit association of HOA communities in the state of California. Its mission is to foster a better quality of life in community associations through education, advocacy, and networking. …
Read More
Sam Carter
Sam Carter is an expert and practitioner in resilience planning and urban design. He is a Founding Principal of Resilient Cities Catalyst (RCC), where he serves as lead on climate and urban transformation, and directs the California Resilience Partnership. Prior to RCC, Sam was a leader at 100 Resilient Cities …
Read More
Doug Gibson
The Nature Collective · Mar 1996 – Present · 26 yrs Executive Director | Principal Scientist One of California’s largest wetland restorations is nearly complete at San Elijo Lagoon Ecological Reserve. As Executive Director of the nonprofit land trust, Nature Collective, I have the unique position of guiding the $120 …
Read More
Mayor John Headding
Experienced City Mayor/Local Elected Official with a demonstrated history of working in healthcare administration, clinical/administrative pharmacy, retail pharmacy ownership/operation and the investment management and real estate investment industry. Skilled in Pharmaceutical Care, Negotiation, Business Planning, Fiscal Management, Operations Management, Coaching, Investment Strategy and Strong community and social services professional.
Read More
David Revell, PhD
Dr. David Revell is a coastal geomorphologist with more than 25 years of experience studying marine, coastal, and estuarine processes, working to integrate science and management of coastal processes and climate change. He has served as a technical advisor and facilitator to multiple federal, state, and local jurisdictions related to …
Read More
Paul Beard, Esq.
Mr. Beard is a Partner with the Los Angeles office of FisherBroyles LLP, where he practices land-use, environmental, and constitutional law. Among other things, he represents owners and developers before city, county, and state agencies in California, in their efforts to obtain permits for their projects. He also defends those …
Read More
Russ Cunningham, AICP
Russ Cunningham is a Principal Planner with the City of Oceanside, where he is managing comprehensive updates of the City’s General Plan and Local Coastal Program. As increasing beach erosion and rising ocean levels render beachfront properties more susceptible to inundation, Russ is assisting property owners in navigating the review …
Read More
Stanley Lamport, Esq.
Stan is consistently recognized as one of California’s leading land use and entitlement lawyers, as well as a leader in the field of lawyer professional responsibility and ethics. With 40 years of experience as both a transactional land use lawyer and as a land use litigator, Best Lawyers® named Stan …
Read More
Alex Helperin, Esq.
Alex Helperin is the Assistant General Counsel for the California Coastal Commission. Since joining the Commission in 2001, he has been involved in all aspects of the Commission’s legal work, but for the past 15 years, one of his primary roles has been as legal counsel on all of the …
Read More
Terry Gaasterland, PhD
Dr. Terry Gaasterland serves on the City Council of Del Mar. She is also a Professor on the faculty of Scripps Institution of Oceanography and the University of California San Diego. Elected in 2018, she rotated as Mayor in 2021. She chaired Del Mar’s Sea Level Rise Technical Advisory Committee …
Read More
Don Schmitz AICP
Don Schmitz, AICP, is President and Principal Planner of Schmitz & Associates, a land use consulting firm, specializing in land development entitlements, strategic planning, project management, and government affairs and advocacy. With over 35 years of planning experience,. Mr. Schmitz is recognized as one of the State’s preeminent experts in …
Read More
Supervisor Manu Koenig
Manu Koenig serves as First District Supervisor for Santa Cruz County. The District includes Live Oak, Pleasure Point, Soquel Village, Happy Valley, Soquel San Jose Rd, and a large portion of the Summit area. Parts of the cities of Capitola and Santa Cruz are included as well. Manu was originally …
Read More
Jamee Patterson Esq
Jamee Jordan Patterson is a Supervising Deputy Attorney General with the Office of the Attorney General for the State of California. She specializes in environmental land use and represents state agencies in state and federal courts in all levels of the courts. She is the Attorney General’s litigation liaison to …
Read More
CONTACT INFO
Krista Pleiser, kpleiser@sbaor.com